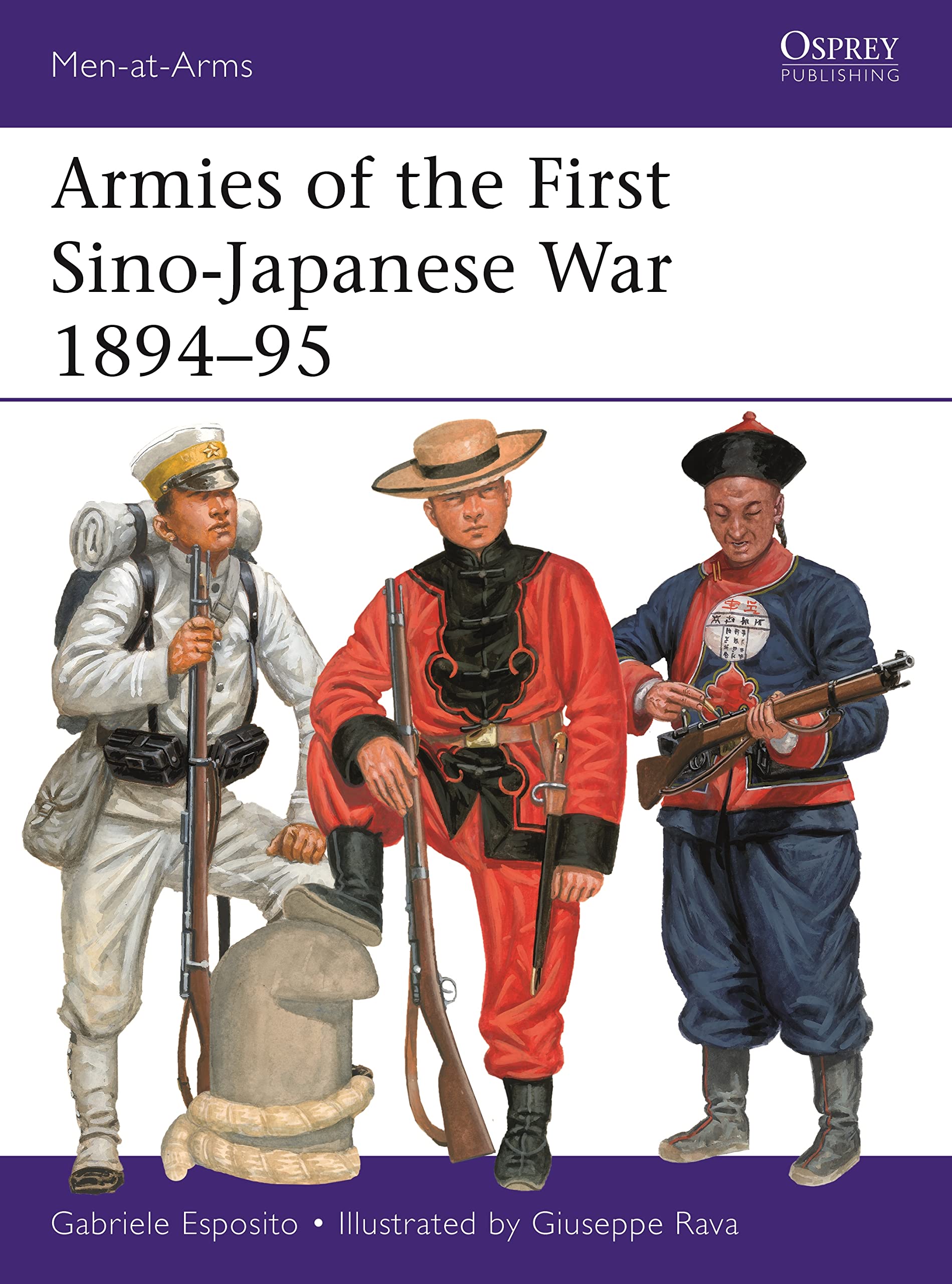 Describes how newly modernized Japan waged war against China in its first overseas campaign, marking its rapid transition into Asia’s leading military power only 30 years after emerging from centuries of feudalism.

After the Meiji restoration of the Japanese imperial regime in 1868–77, modernization along Western lines of Japan’s industry, communications and land and naval forces advanced with remarkable speed and, by the 1890s, the rejuvenated nation was ready to flex its muscles overseas. The obvious opponent was the huge but medieval Chinese Empire, and the obvious arena for war was Korea, a nearby Chinese protectorate that Japan had long coveted. (A secondary campaign would be fought on Formosa/Taiwan, an autonomous Chinese island protectorate.)

In this study, author Gabriele Esposito describes the bloodthirsty course of the Japanese campaign in China, using colour illustrations and photos to showcase the organization, equipment and appearance of the various Chinese forces (China had no true national army), the Imperial Japanese Army and Navy, and, for the first time in English, the Korean and Formosan participants.

Japan’s victory left it confident enough to challenge Imperial Russia and, nine years later, it defeated it at the Battle of Tsushima where two-thirds of the Russian fleet was destroyed by the Japanese Navy. This victory confirmed Japan’s place as Asia’s leading military power, soon to become a realistic rival to the West.