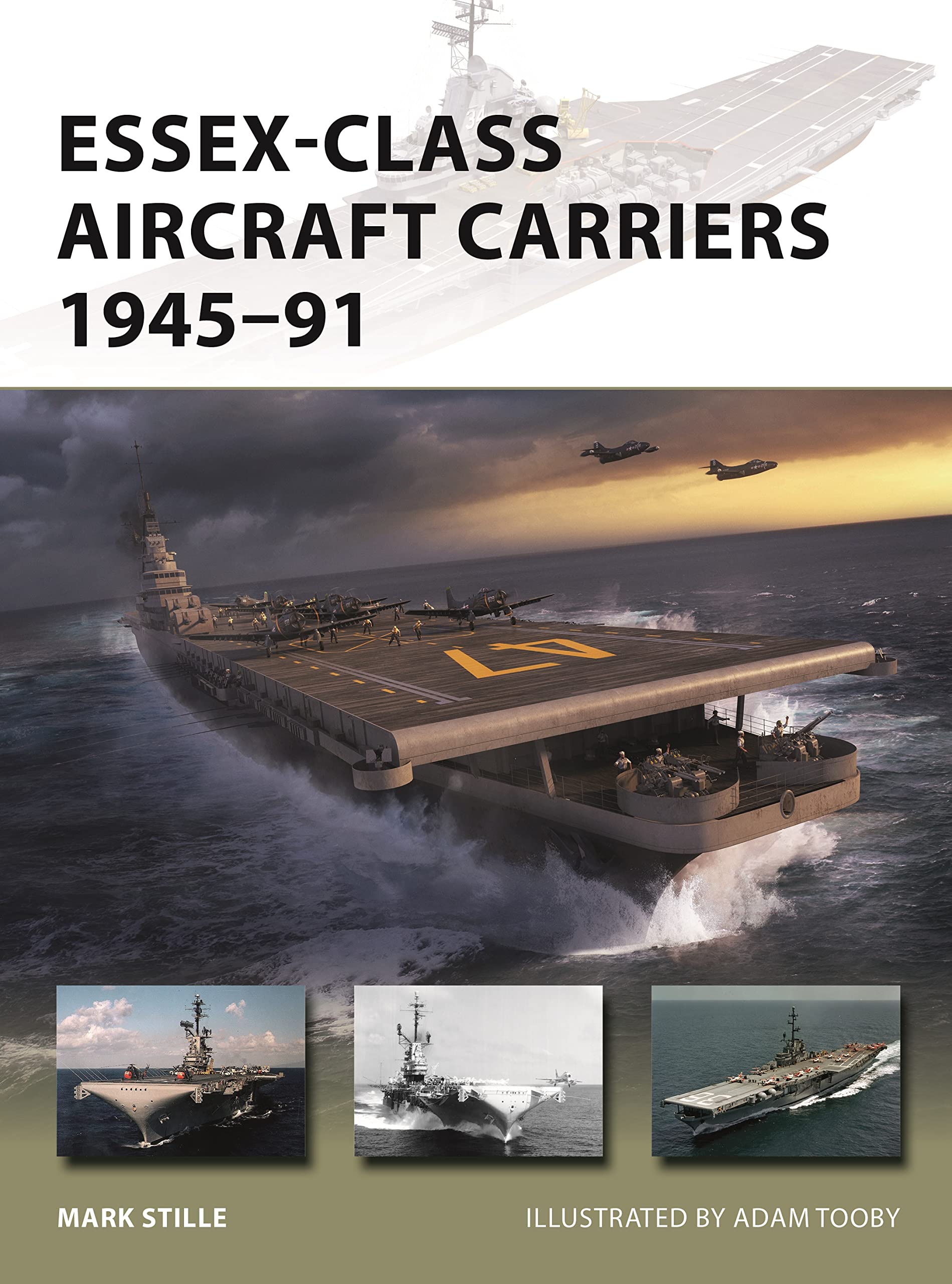 A history of the enduring Essex-class ships, the US Navy’s finest and most numerous fleet carrier during World War II, which were modernized repeatedly and served with distinction.

The Essex class was the USN’s war-winning ship class of the Pacific War. Of the 24 ships completed, 14 saw action, making the Essex class the largest class of fleet aircraft carriers ever built. These ships had a fine balance of striking power, protection, and speed and were modernized during and after the war. There were five distinct programs carried out, adding not only angled flight decks for jet operations, but repeated upgrades to sensors, weapons, and equipment.

Essex-class carriers were used in a number of roles and provided the vast majority of US Navy air power in the Korean War, and a sizeable proportion of air power in the Vietnam conflict. However, as the “super carriers” began to enter service in the early 1960s, the Essex class was relegated to secondary roles– a single Essex carrier served until 1991 as the US Navy’s training carrier. Using detailed artwork and photos, this book provides an in-depth portrait of this important and enduring class of ship, and looks at its development and modifications while considering the many and varied actions it took part in. The Berenstain Bears’ Big Book of Science and Nature The Only Sales Guide You’ll Ever Need