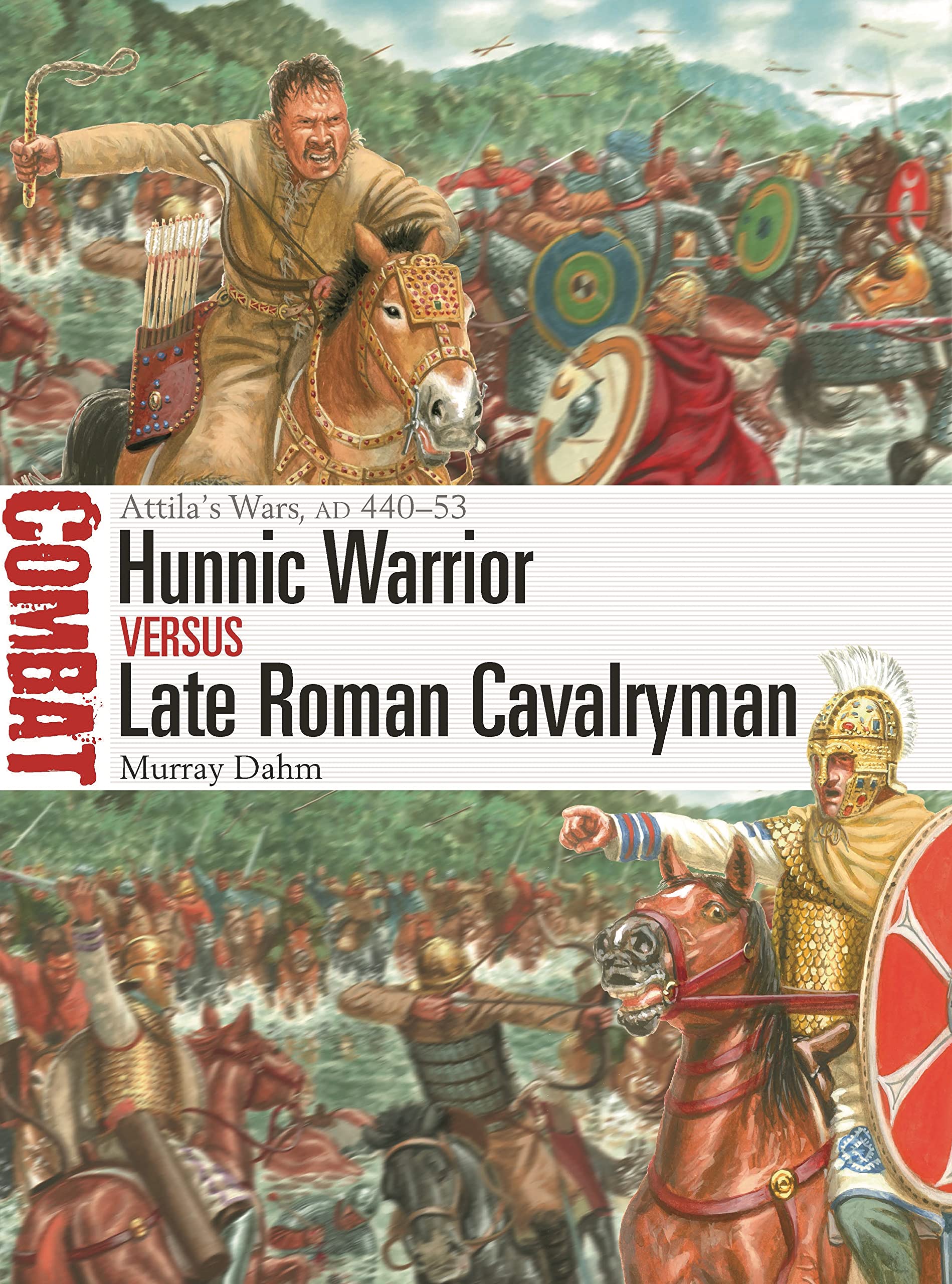 Roman and Hunnic fighting men are assessed and compared in this fully illustrated study of Attila’s bid to conquer Europe in the 5th century AD.

The Huns burst on to the page of western European history in the 4th century AD. Fighting mostly on horseback, the Huns employed sophisticated tactics that harnessed the formidable power of their bows; they also gained a reputation for their fighting prowess at close quarters. Facing the Huns, the Roman Army fielded a variety of cavalry types, from heavily armed and armoured clibanarii and cataphractii to horse archers and missile cavalry. Many of these troops were recruited from client peoples or cultures, including the Huns themselves.

After carving out a polyglot empire in eastern and central Europe, the Huns repeatedly invaded Roman territory, besieging the city of Naissus in 443. With Constantinople itself threatened, the Romans agreed to pay a huge indemnity. In 447, Attila re-entered Roman territory, confronting the Romans at the battle of the Utus in Bulgaria. The Huns besieged Constantinople, but were unable to take the city. In 451, after Hunnic forces invaded the Western Roman Empire, an army led by the Roman general Aetius pursed the invaders, bringing the Huns to battle at the Catalaunian Plains.

Featuring specially commissioned artwork and maps, this study examines the origins, fighting methods and reputation of the two sides’ cavalry forces, with particular reference to the siege of Naissus, the battle of the Utus and the climactic encounter at the Catalaunian Plains.

Once Upon a Blissful Christmas: A Historical Western Romance Novel