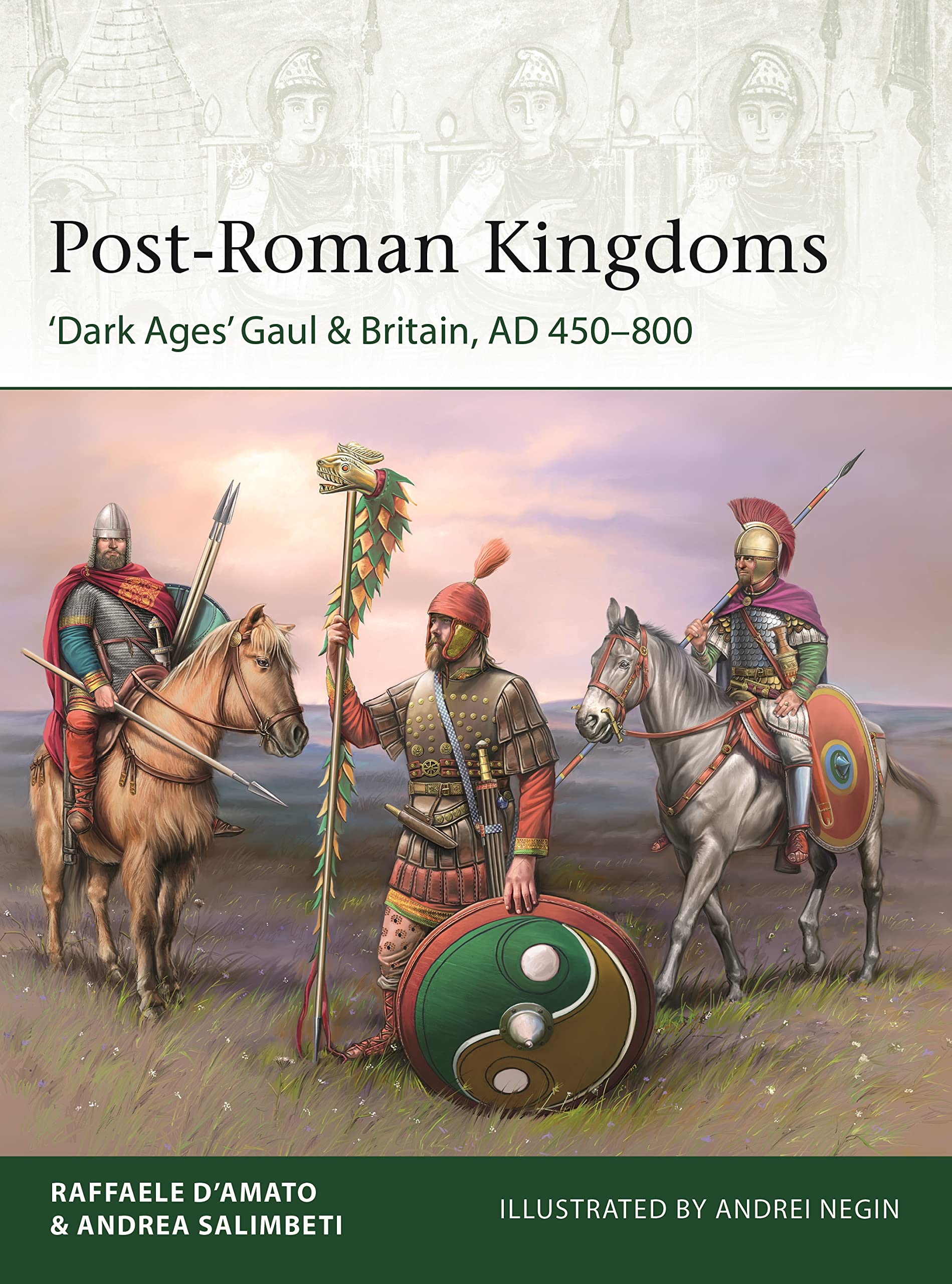 Meticulously researched, this book examines the evidence for the post-Roman military forces of France and Britain during the ‘Dark Ages’, reconstructing their way of life and the battles they fought in compelling detail.

The collapse of the former Western Roman Empire during the so called ‘Dark Ages’ c. AD 410 was gradual and piecemeal. Out of this vacuum arose regional tribes and leaders determined to take back kingdoms that were theirs and oust any Roman presence for good. However, the Roman guard was tenacious and survived in small pockets that emerged in both Gaul and Britain. These areas of Romano-Celtic resistance held out against the Saxons until at least the mid 6th century in Britain and against the Visigoths and the Merovingian Franks until the late 8th century in France.

Drawing on archaeological finds, contemporary sculpture and manuscript illuminations, Dr Raffaele D’Amato presents contemporary evidence for 5th to 9th-century Gallic and British ‘Dark Age’ armies and reconstructs their way of life and the battles they fought. The text, accompanied by photographs and colour illustrations, paints an intricate picture of how these disparate groups of Roman soldiers survived and adapted on the fringes of the Roman Empire. How to Create & Self-Publish a Children’s Book 🎉 Pubcoder Tutorial: How to add Animations to your eBooks!