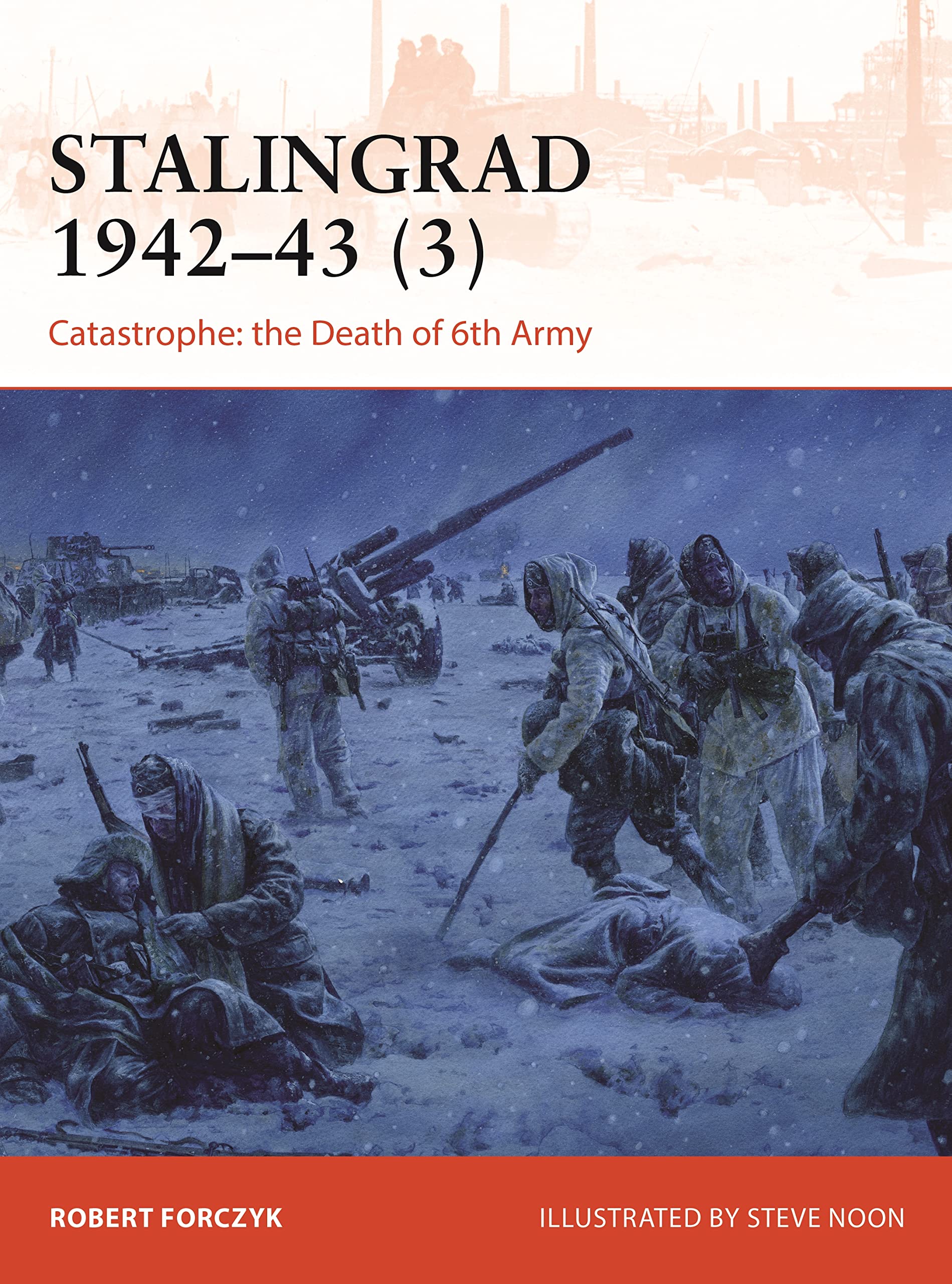 The final part in a three-book series on the Battle of Stalingrad, examining the Soviet encirclement, German relief efforts, and the final surrender of Paulus’ 6.Armee.

Having fought hard just to reach the outskirts of Stalingrad, the Axis forces found themselves embroiled in a protracted urban battle amid the ruins of a devastated city on the Volga. The Soviet Red Army was able to hold onto the city then mount a surprise winter counter-offensive known as Operation Uranus, which succeeded in encircling the German 6.Armee at Stalingrad. Despite a desperate German relief operation, the Red Army eventually crushed the 6.Armee and hurled the remnants of the German southern front back in disorder.

This third and final volume in the Stalingrad trilogy begins just after the German 6.Armee has been isolated at Stalingrad, and covers the period from 24 November 1942 to 2 February 1943. The specially commissioned maps and 3D diagrams guide the reader in step-by-step, easily to follow detail through the German relief operation (Wintergewitter), the fighting on the Chir River, and the Soviet operations Koltso and Little Saturn, and are complimented by the battlescene artworks that vividly depict the harsh conditions experienced by the common soldiers fighting on both sides.

Reminders of Him: A Novel