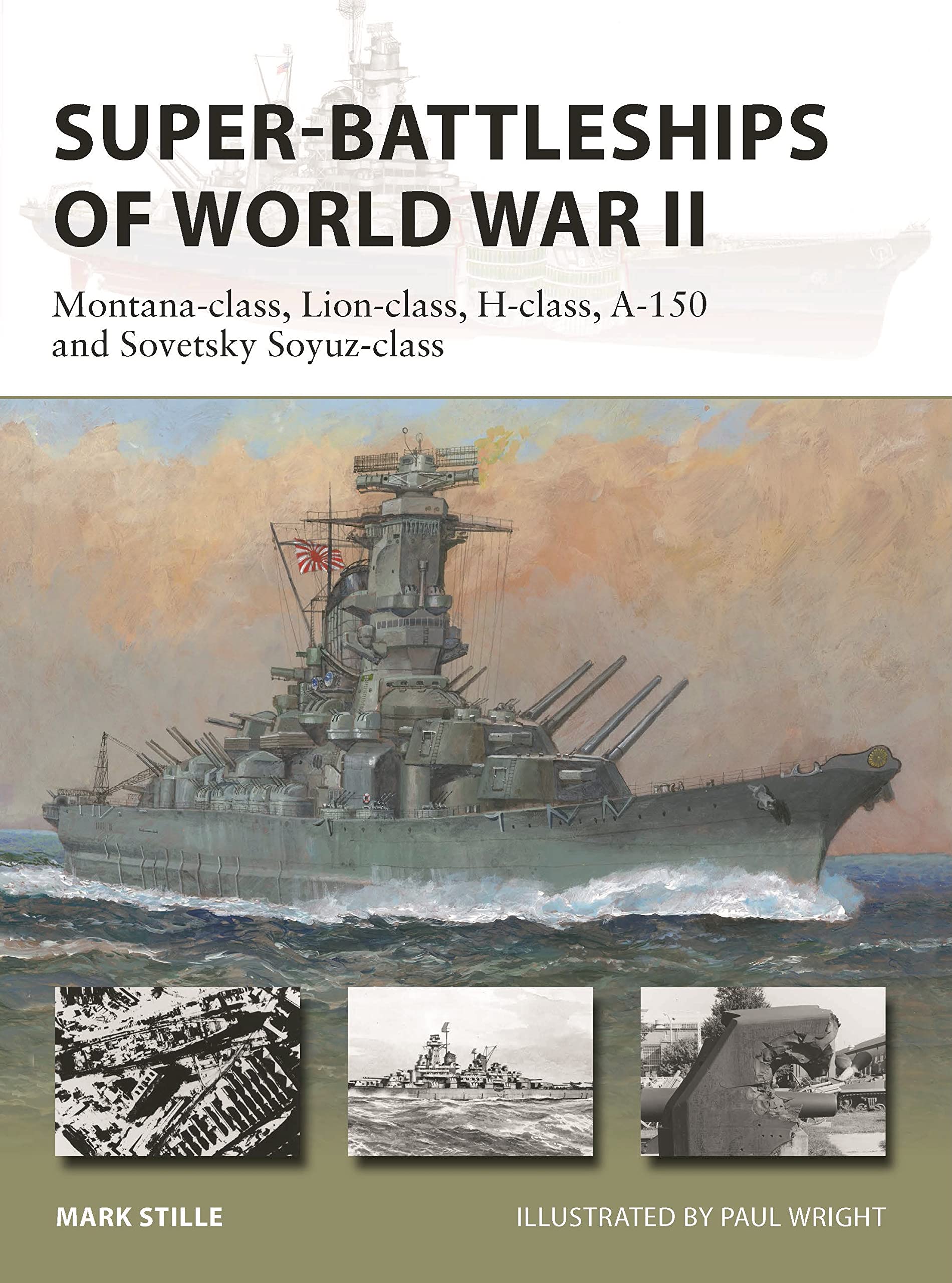 A study of the design, development and eventual fates of the uncompleted super-battleships intended to be built before and during World War II.

At the start of World War II the battleship was still king, and all the major powers were designing even mightier battleships to surpass their most modern and powerful classes. But when World War II broke out, aircraft carriers would dominate naval warfare, and none of these monster warships were completed.
In this book, naval expert Mark Stille uncovers these lost battleships as they are reconstructed with superb new full-colour artwork. The US Navy wanted five Montana-class ships, based on the Iowas but with a heavier main battery and improved protection, and the Royal Navy began work on three 16in-gun Lion-class fast battleships. The German Navy developed its H-class designs: initially an improved Bismack-class, they became more fantastical, culminating in the 141,500-ton, 20in-gun H-44. The Japanese A-150 was based on the Yamato-class but with 20.1in guns, while the 15 ships planned for the USSR’s Sovetsky Soyuz-class would have rivalled the Montanas in size.

Explaining the design, intended roles and fate of these ships, this is the story of the last battleship designs in history.