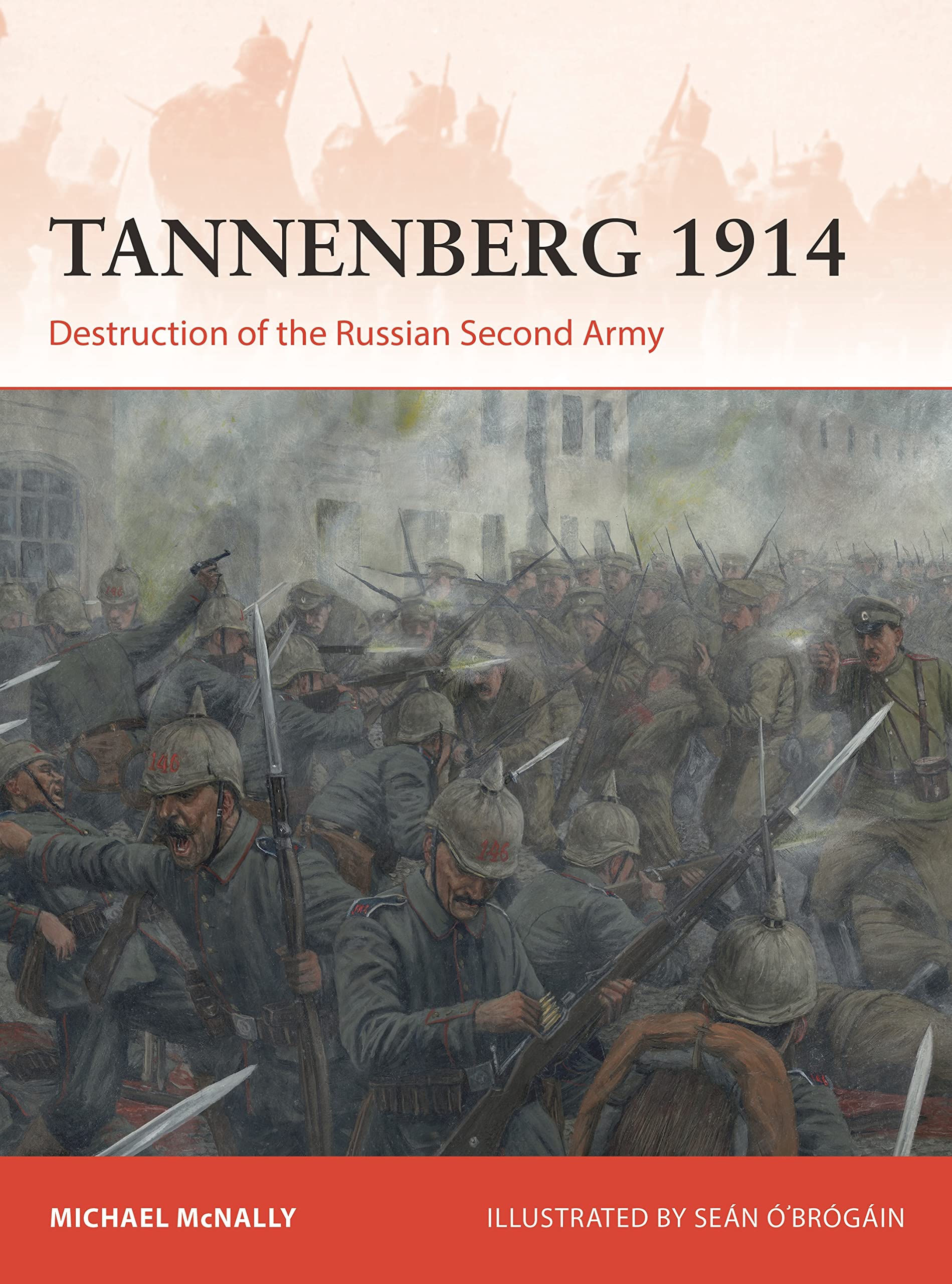 Explore the Eastern Front battle that resulted in one of the greatest defeats of World War I, in which an entire Russian army was annihilated by German arms.

Tannenberg is a major battle that deserves a fully illustrated treatment all of its own, and for the first time this book brings the epic Eastern Front clash to life in visual detail. No other book on this topic walks you through the action like this one, using detailed maps to provide unit locations and movements and help explain key command decisions, while period photographs and colour battlescenes put soldiering back at the core of the events by revealing the military material culture of the opposing sides.

Michael McNally guides you through the initial border engagements and the battles of Gumbinnen and Stallupönen, before moving on to explore the massive, often confused running battle of Tannenberg in easy to follow and concise detail. This work helps you understand how the Germans managed to maul Samsonov’s Second Army and all but destroyed the Russians as a fighting force. The Russian war plan of using overwhelming numbers to gain a quick victory before conducting further operations would soon lie in pieces on the ground. It also assesses the contribution modern technology – such as railways, aerial reconnaissance, radio and telegraphy – made to the emphatic German victory.

The Singing Trees: A Novel

8 Platforms To Sell Your eBooks Online You Simply Must Try