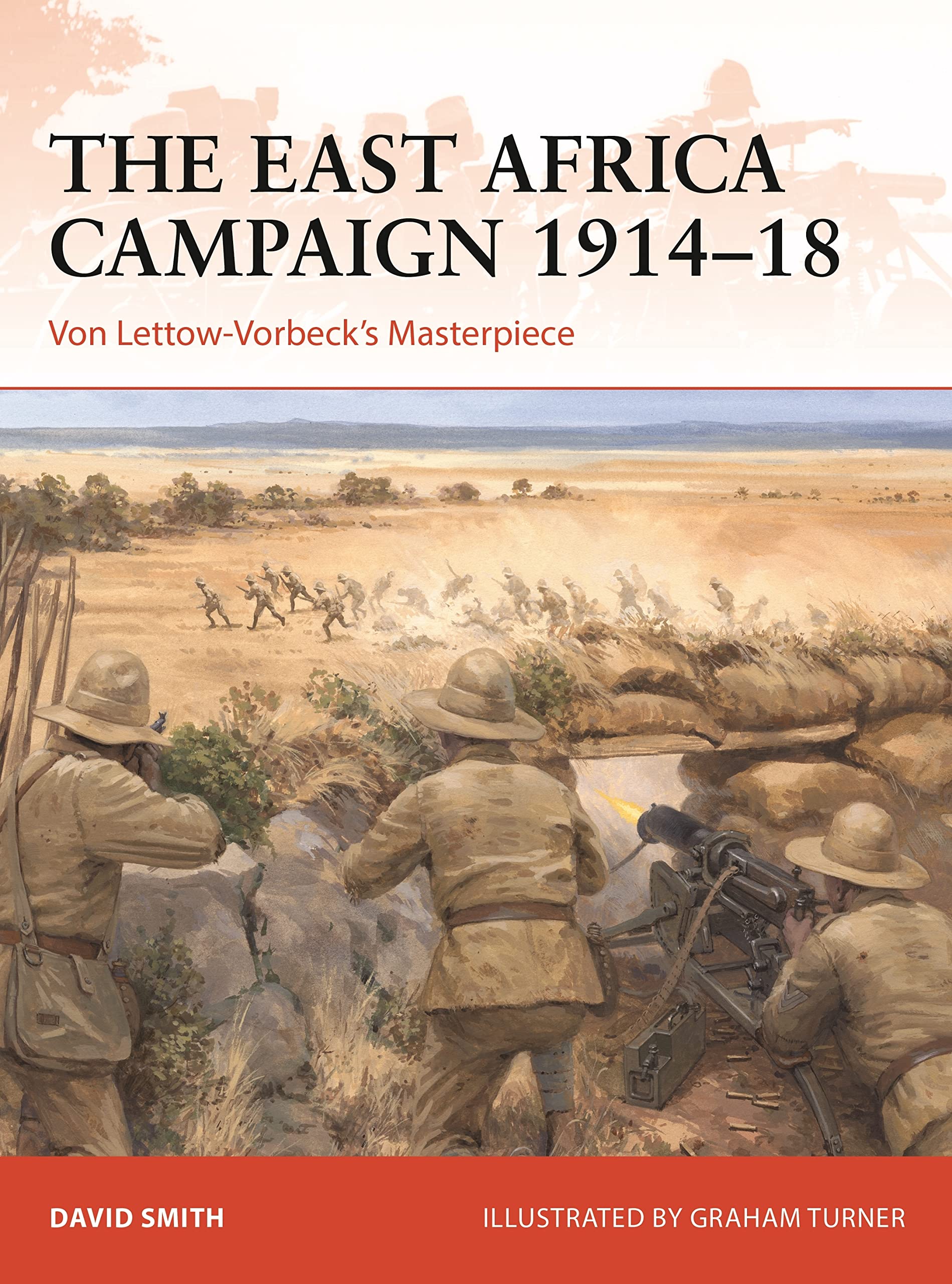 A fascinating, beautifully illustrated study of the daring war in East Africa waged by German colonial forces under Paul von Lettow-Vorbeck against the wide array of colonial and expeditionary forces of the Allied Powers.

The East African Campaign in World War I comprised a series of battles and guerrilla actions which began in German East Africa in 1914 and spread to portions of Portuguese Mozambique, northern Rhodesia, British East Africa, the Uganda Protectorate, and the Belgian Congo. German colonial forces under Lieutenant-Colonel Paul von Lettow-Vorbeck attempt to divert Allied forces from the Western Front. Despite the efforts of the Allied forces, Lettow-Vorbeck’s troops remained undefeated at the end of the war.

In this fascinating work, David Smith documents how a wide array of British, Indian, South African, Belgian, Portuguese and local native forces invaded German East Africa and slowly ousted the German forces, a process made tortuous by Lettow-Vorbeck’s masterful management of the campaign. Among the events covered in this work are the Battle of Tanga, the scuttling of the Königsberg, the German railway campaign, and the battles at Salaita Hill, Kondoa-Irangi, Mahenge, Mahiwa and Namacurra. Colourful period and specially commissioned illustrations bring to life a wide-ranging and eventful campaign in which a high price was extracted for every inch of ground given up.

A Secret in the Keys (Coconut Key Book 1)